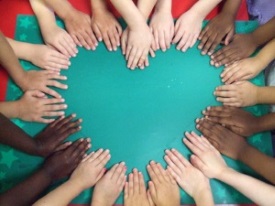 Mondays (except from holidays), 6-7pm, Zoom: Join us for our returning Heartfulness Medication program online. The Heartfulness Meditation Program offers a simple set of relaxation and meditation exercises, which when practiced daily, help restore balance in life, manage stress, better your health, and most of all will lead you to inner calm and peace. The relaxation and meditation techniques are taught over free courses: Each class covers both the conceptual framework as well as practical meditation and relaxation sessions (classes last for 1 hour). The entire program will be conducted by certified Heartfulness trainers, who have been meditating and training for several years. The Zoom meeting link follows:

Saturdays, 01/15, 02/19, 03/19, 04/23, 12-1pm, Auditorium: A workshop with Beverly V. Thomas: Everyone faces conflict! Conflict results from differences in needs, values, and motives. Sometimes through these differences we complement each other, but sometimes we resist each other. Conflict is not a problem in itself, it is what we do with it that matters.

Conflict Resolution skills will enable us to bypass personal differences and open up to new possibilities to move towards resolution, enabling a better relationship with our partners and move from opponents to producing healthier family life.

Saturdays, 02/05, 03/19, 04/02, 4-5pm, Auditorium: The Michigan Schools and Government Credit Union and the Pontiac Public Library present a series of workshops to help adults cope with common financial challenges and learn how to invest. The series schedule follows below:

02/05, Saving on Groceries: Delve into strategies to corral your monthly food budget. There is useful information for new and more seasoned shoppers alike.

03/19, Boosting your Credit Score: Learn how credit scores are calculated and how to use a credit report as a financial tool. Helpful tips are provided for monitoring and improving your credit score.

04/02, Investment Vehicles: Need help starting a conversation about financial planning and the bigger picture? Learn the basics of investing, the concepts of risk and return, plus stocks, bonds, and mutual funds.

Saturday, 03/05, 3:30-5pm, Auditorium: Come to our library to an event with fiction authors Diana Carter and Sylvia Hubbard. The authors will present their books and after their presentation you can purchase signed copies.

Book One: Naomi Nichols and Logan Lewis test the waters to see if their love could withstand the five years they were separated. Logan felt like the luckiest man alive when Naomi decided to give their love a second chance after he told her years earlier at their engagement party he had been involved with someone else. Read the exciting journey these lovebirds had to endure to see if love is better the second time around.

Book Two: London Lewis found out the hard way that karma can creep up and turn your world upside down. Repenting from nearly destroying her twin brother’s relationship years ago, London found love with Greg Gordon, but his twin sister wasn’t having it. Find out if London has what it takes to keep her love affair on solid ground.

Book Three: Gracey had no idea how hard it would be to overcome her destructive past. Losing it all when she had to be committed into a drug treatment program, Gracey vowed to turn her life around once she was released. Making amends was more difficult than she anticipated. Buckle up and hold on tight to see if Gracey will find the redemption she seeks or if she will forever be broken.

Bio: She’s a fierce mother of three and doting grandmother of thirteen who pursues her Doctoral of Business Administration by day and wields her mighty pen by night. Adversity strengthened her, determination drives her, and unrelenting motivation has propelled her to success! …not to mention in her spare time, prolific author, Diana Carter rolls a mean bowling ball! Diana – the dynamic CEO of Let’s Do This Publishing, is a double master’s degree holder – who spins thrilling tales of love, betrayal, and intrigue. She is the author of eighteen literary gems, including the four-book series Broken Promises, and Dark Revenge: The Trey Taylor Story. Tucked between the pages of raw emotion and page-turning drama, Diana pens timeless classics for future generations of book lovers to devour. The Candidate: The Race to the Top, The Sister Factor series, and Unbreakable: When Two Hearts Become One, are just a few of the spine-tingling tales leaping from Diana’s binge-worthy catalog…and the ink hasn’t run dry yet. In addition to her own creative works, Diana has taken her vast knowledge of the literary industry a step further, assisting aspiring authors with their quest to turn blank pages into published books, gleaning from her mantra: It’s Never Too Late to Get Started. Reading, writing, promoting books and rocking in bowling leagues aren’t simply hobbies for Diana Carter – they are her passion. And as she continues publishing stories from her soul and inspiring others to do the same, there’s nothing Diana’s super pen can’t do!

The Trouble with Gabrielle: A one night stand with a mysterious man and four months later Gabrielle Payne is in desperate need of money and pregnant. When things are at the worst, she finds out her mysterious man, Oliver Farnsworth, was murdered and very wealthy with no heir to claim the fortune his mother left him. Gabrielle decides to reveal her secret and ask for just “a little help.” Now she is alone, pregnant and … about to be murdered.

Bio: Award winning Detroit Author & Founder of Motown Writers, Sylvia Hubbard has independently published over 55 romance suspense books in the over 20 years she’s been in the literary business. As an avid blogger, podcaster, social media manager & digital strategist, Sylvia has received literary recognition for her literacy work, plus has had eight #1 Bestsellers. She is also a speaker,literary encouragement doula & busy mompreneur expert. 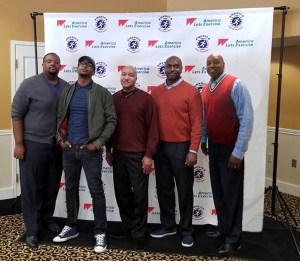 Saturday, 04/30, 6-7:30pm, Location TBD: The Pontiac Public Library is presenting Vital Mix, a great local music group, for the third time (with many more to come!), for a 90-minute concert full of Motown music. The concert will take place after hours (6pm). Come enjoy a Motown evening with us!

Refreshments will be provided!